After studying Medicine from 1982 - 1989 at Heidelberg University in Mannheim, Andreas Morasch worked as a Medical Assistant at the Seepark Orthopaedic Clinic (orthopädischen Fachklinik Seepark) in Langen/Debstedt until 1991.

He was then employed as an Assistant Physician in the General and Traumatic Surgery Unit of the District Hospital in Hanover until 1993.

Dr Morasch continued his orthopaedic training and specialist recognition in Orthopaedics in 1997 while carrying on his clinical duties.

Beginning in 1998, Dr Morasch established himself in Orthopaedics and became a Remedial Treatment Physician. In the meantime, he continued his training in Chiropractic, Sports Medicine and Acupuncture.

In 2002, he became the Senior Orthopaedic Surgeon at an outpatient rehab centre. Since 2004, Dr Morasch has worked as the Head Physician of the Orthopaedic Department at Klinik St. Wolfgang in Bad Griesbach.

During this time, he continued his professional training in Physical Therapy, completed his doctorate programme in 2006 and obtained recognition as a specialist in the field of "Orthopaedics and Traumatology" in 2007. 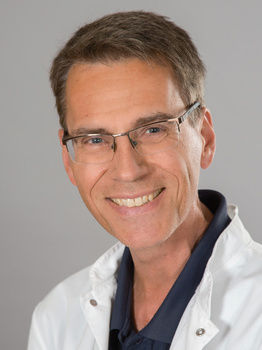