Dr Univ. Martin Roth, MD began his medical career as an emergency physician in his native city of Graz, Austria, where he first received comprehensive emergency medical training and where he later returned.

Next, Dr. Roth rotated through various departments. In addition to his duties in Psychiatric, Urological and Gynaecological Departments, he spent two years at the University Clinic for Internal Medicine in the Endocrinology Department and in general patient admission. He later joined a general internist department in Lower Bavaria to implement his idea of broad internal medicine training.

Aside from his work as an intern in Internal Medicine, Dr Roth participated in emergency medical services for years and lectured on social medicine at an affiliated vocational school for nursing.

After completing his professional training, Dr Roth moved to Klinik St. Wolfgang in 2010 where he uses his expertise in Internal Medicine and Emergency Medicine in treating patients for cardiology and cardiac follow up.

Since 2011, Dr Roth has been the Senior Physician in Internal Medicine in Klinik St. Wolfgang. Through additional education in Nutritional Medicine which he completed in 2011, he is fully qualified to give sound prevention advice 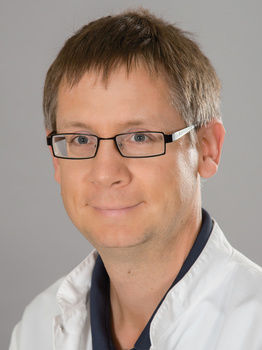